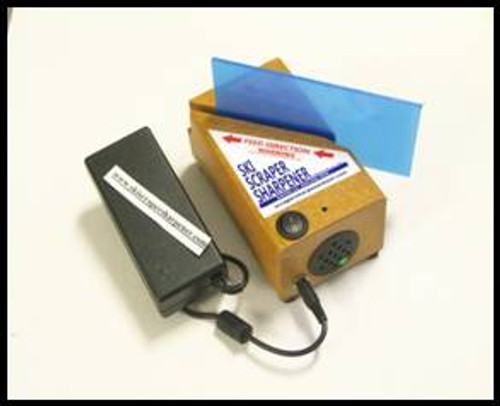 A dull scraper can make the simple task of removing wax arduous, especially with today's wider boards. We offer manual scraper sharpeners that work really well, but if you're looking for a dead simple and efficient way to keep an edge on your scraper, or if you have a family or team worth of skis to scrape, this is the tool to have. Simply slide the scraper through the slot and a sharp cylindrical cutting blade (spun by a high speed electric motor) imparts a super-smooth, super-sharp edge in seconds! We have one on the bench here at Tognar and love it!

While these are super reliable tools, please take the time to register your unit through the Mantac website, this is essential for any future warranties. All warranties should be handled directly through Mantac as it helps them further improve the product.